Last year Disney just about dominated cinema, right through from their animations, to their live-action remakes, to Marvel, Pixar and of course Star Wars. It seems they’re on course for yet another influential year, and one of the film’s we’re most excited about seeing is Mulan. Naturally, we were thrilled to be invited to a very special preview of some footage from the film, seeing roughly ten minutes of the forthcoming war drama.

We saw three sequences, one of Mulan (Yifei Liu) at home with her father (Tazi Ma), before a compelling moment where she battles against fellow soldier Bori Khan (Jason Scott Lee) before ending on an battle sequence featuring an exciting chase on horseback. What we could gather, right away, is the film’s tonality; far removed from the animation we fell in love with 22 years ago. This appears to be a more realistic depiction, focusing on character, and the inner strength the female protagonist has. What we could also gather was the ability to appear so epic and yet remain so intimate at the same time. A wonderful feat, and something we can’t wait to see fully fleshed out when the movie hits our screens this coming March.

What followed the footage presentation was a fascinating Q&A with the film’s director Niki Caro – as the New Zealander discusses her ambitions for the film. “The default setting on action films seems to be ‘how could it be cooler?’ Which is okay, but I had a responsibility to telling Mulan’s story and her action is so intrinsic to who she is and to her character,” she said. “The very important idea, particularly for women, is that we are strongest when we are ourselves, and that strength is limitless – so watch out!”

Though it was clear this film is taking a very different approach to the original, it didn’t stop members of the audience from asking about parallels to the animation, and of course whether or not the film will feature Mushu – the dragon voiced by Eddie Murphy. “We can appreciate that Mushu is irreplaceable and the animated classic stands on its own in that regard. Do we have an update of Mushu? No.”

As for whether there will be music, she said: “In the film, no. We don’t tend to break into song when we go to war. Not that I am saying anything against the animation because the songs are brilliant and if I could’ve squeezed them in there, I would, but we do honour the music from the animation in a very significant way.” But this is positive, for we don’t want a film that is just striving to follow on from what came before, instead something unique and original is more exciting – and with such a wonderful story, and one steeped in Chinese folklore, there’s scope to tell this tale in a whole new way, which appears to be Caro’s objective.

Finally the director was asked about the casting of the eponymous lead role, and from what we saw in the limited footage we were presented – Yifei Liu appears to be a triumphant choice. “When you stop and think about what this actress has to be, and has to be able to do, she has to be from China, a fluent English speaker, a brilliant actress, able to pass as a man. Then all the things that I insisted she bring to the movie, real physical prowess, I didn’t want to have a wispy actress pretending. I wanted to find a woman, and a partner for me, who was actually genuinely strong. We found her a year after we started,” Caro finished. 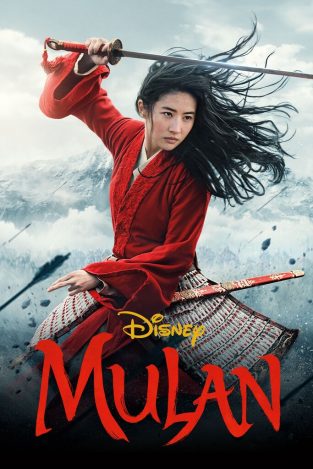