You have to wonder about Heidi’s judgement. She rather bluntly tells her mother that Carrasco is “not a nice man”, when everything so far has suggested that while he may not be the most charismatic person in the world, his heart is definitely in the right place. Meanwhile she’s carrying on with Colin, ignoring all his sleazy signals and odious attempts at charm. But then, she took the job at Homecoming in the first place and continues working there despite every turn leading enormous flashing neon sign that screams “Nothing here is ok”.

Carrasco’s hunches are starting to play off in spades, something that’s made all the more obvious by how pretty much nobody is happy to see him. In his job, you must be doing something right if everyone is getting irrationally pissed off with you. He’s not a slick, oily character like Colin. He’s the kind of guy who accidentally falls over a bike rack and lies on the floor in pain, too honest to try and style it out or pretend to be ok. It’s his vulnerability and openness that wins over Walter’s mother in the end. Colin could claim to be on Walter’s side and trying to get to the truth of what was done to him and even if he meant it, it would still reek of deception and ulterior motives. Carrasco’s earnestness is unfakeable; that’s what makes him so likeable. From Silver Linings Playbook to Wristcutters to Boardwalk Empire, Shea Whigham is one of those eternally underrated actors, always quietly brilliant but rarely singled out for praise, so let’s take this opportunity and pause to do just that.

I truly hope we get a lot more of him and Marianne Jean-Baptiste because there’s a prickly energy in their scene together that I can’t get enough of. She’s been a force of nature since she first appeared last week and I get a little bit excited every time she reappears. Everyone else on Homecoming is beautifully understated so her performances are like turning on a light. I sure as hell wouldn’t mess with her. 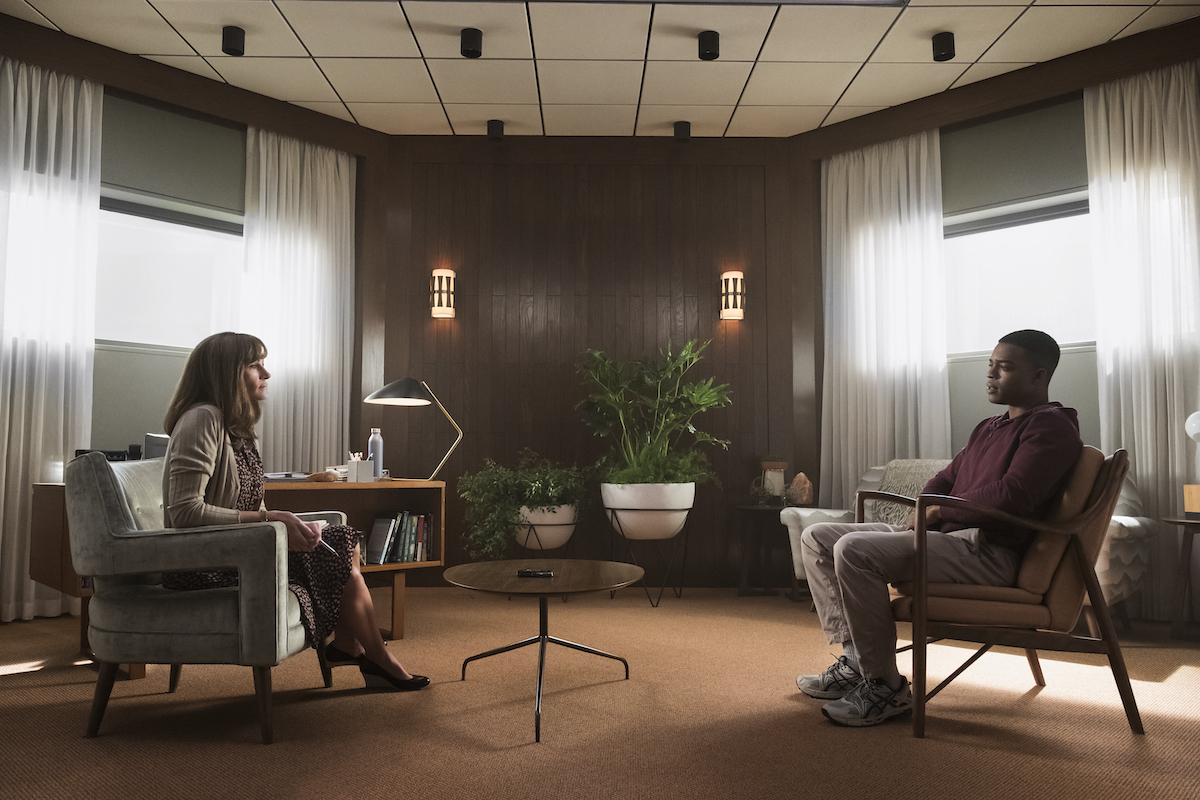 My one concern with this episode is that Homecoming might be playing its cards a little too slowly. The revelation of Walter’s sudden memory loss and Heidi’s discovery that they’re conditioning the men to redeploy them don’t land with the impact they deserve or might have got had they come a little earlier. Still, Homecoming has certainly earned our trust over the last seven episodes so I’m forging ahead with confidence that we’re in good hands. I wish the same could be said for Heidi.