I first heard about Marie Kondo a few years back when her book became a bit of a sensation. If I was to say that I thought it sounded gimmicky and more than a little silly, then I’d be massively underselling it. Her central tenet is to hold an item and ask if it sparks joy in you. If it does, keep it. If it doesn’t, thank it and gently put it in the bin. You don’t have to be a cynic to roll your eyes at that. It all seems purposefully designed to grab the attention of unhappy people who’ll try any self-improvement hack rather than address the fundamentals of their unhappiness. 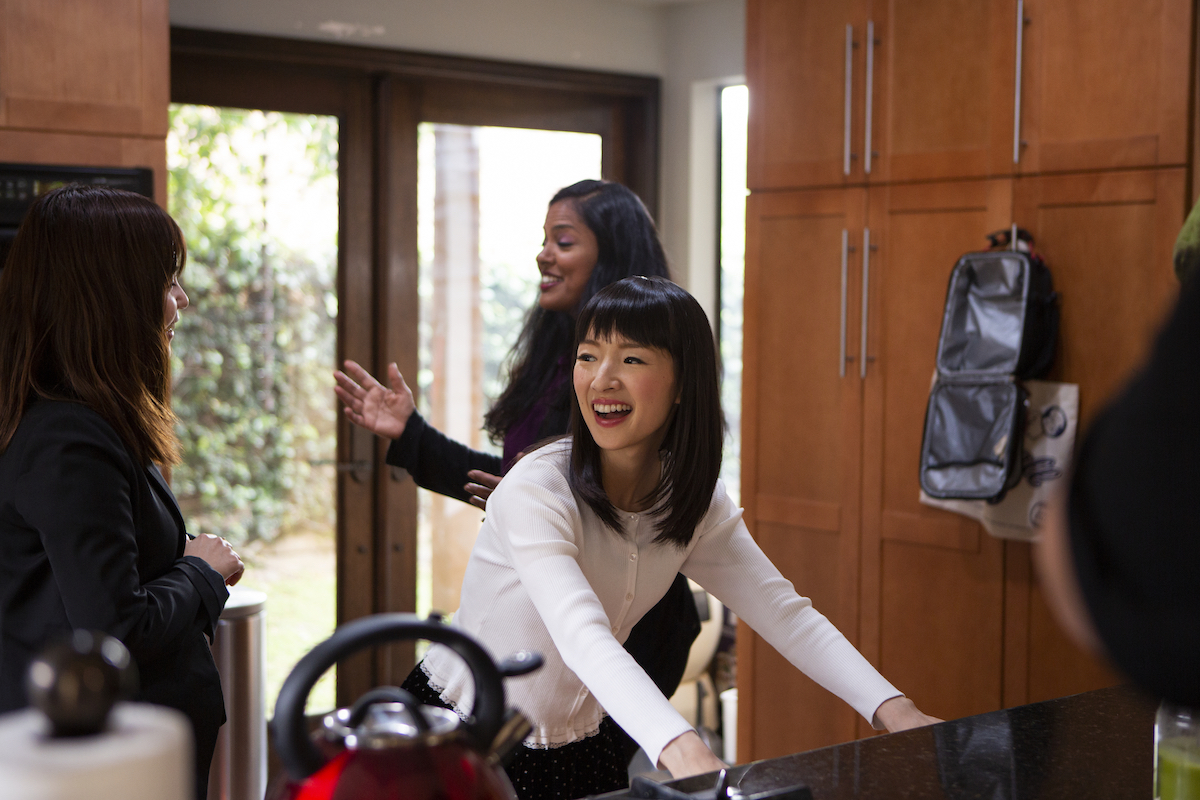 I didn’t think about the whole thing again until watching the Bob’s Burgers episode where Teddy is revealed to be a deeply unhappy hoarder who is trying to figure out what to throw out by asking if it loves him. There’s a definite element of pathos there but the gentle ribbing of Kondo’s philosophy was very funny and seemed utterly justified. When Netflix announced their new series with Kondo, my scepticism came roaring back. It seemed as if the streaming giant was trying to replicate its recent Queer Eye success by repeating the concept except with tidying instead of makeovers and a tiny, gentle Japanese woman instead of five compassionate gay men. But, by the end of episode one, I was admonishing myself for being such a judgemental cynic. 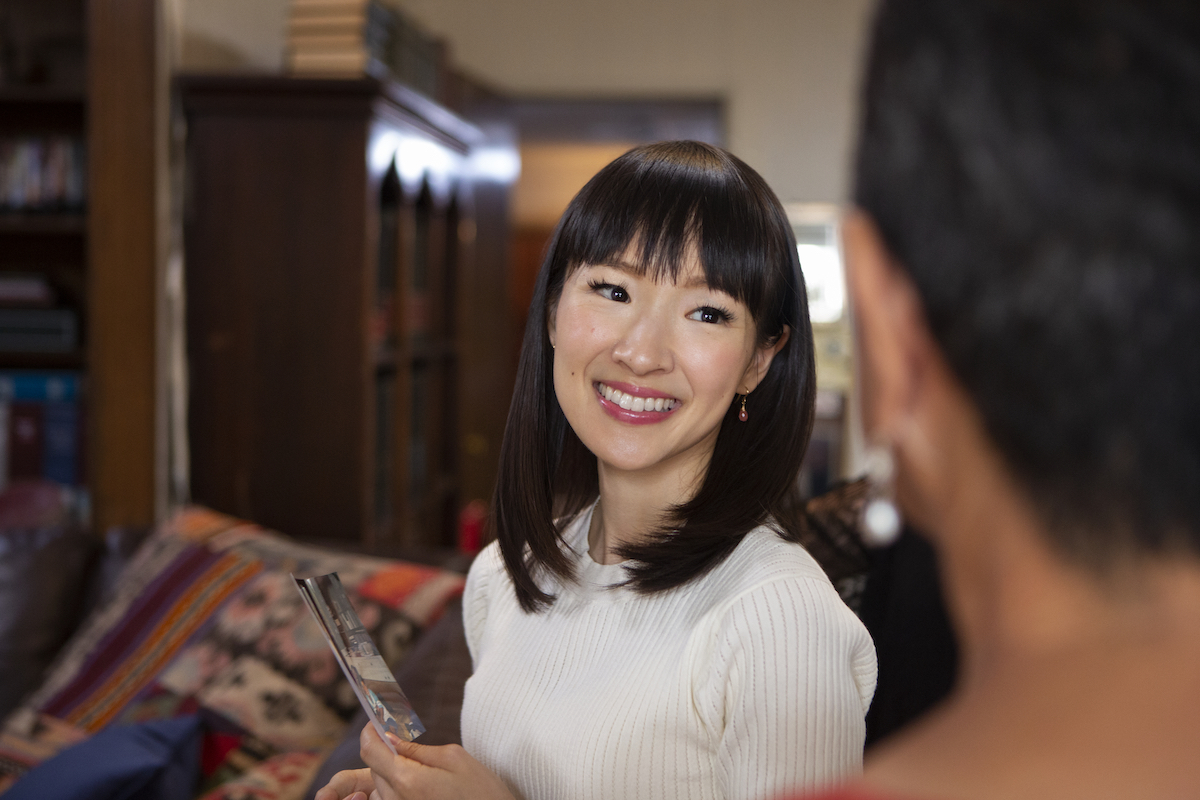 Mid 30s, two kids, rushed off their feet and living in chaos – Kondo’s first subjects will strike a chord with a lot of people. Kevin and Rachel Friend are like so many of us in that the frenetic pace of their lives hasn’t allowed them the time and space to stop and take stock of how it’s pulling them apart. There’s palpable tension to begin with, replaced with a touching rediscovery of why they married in the first place as they stumble across personal items in the tidying process. The physical end result of the tidying is underwhelming when viewed next to a Bobby Berk revamp, but that’s part of what makes this show so enchanting. The stakes appear to be small, but on an emotional level, they’re incredibly significant. 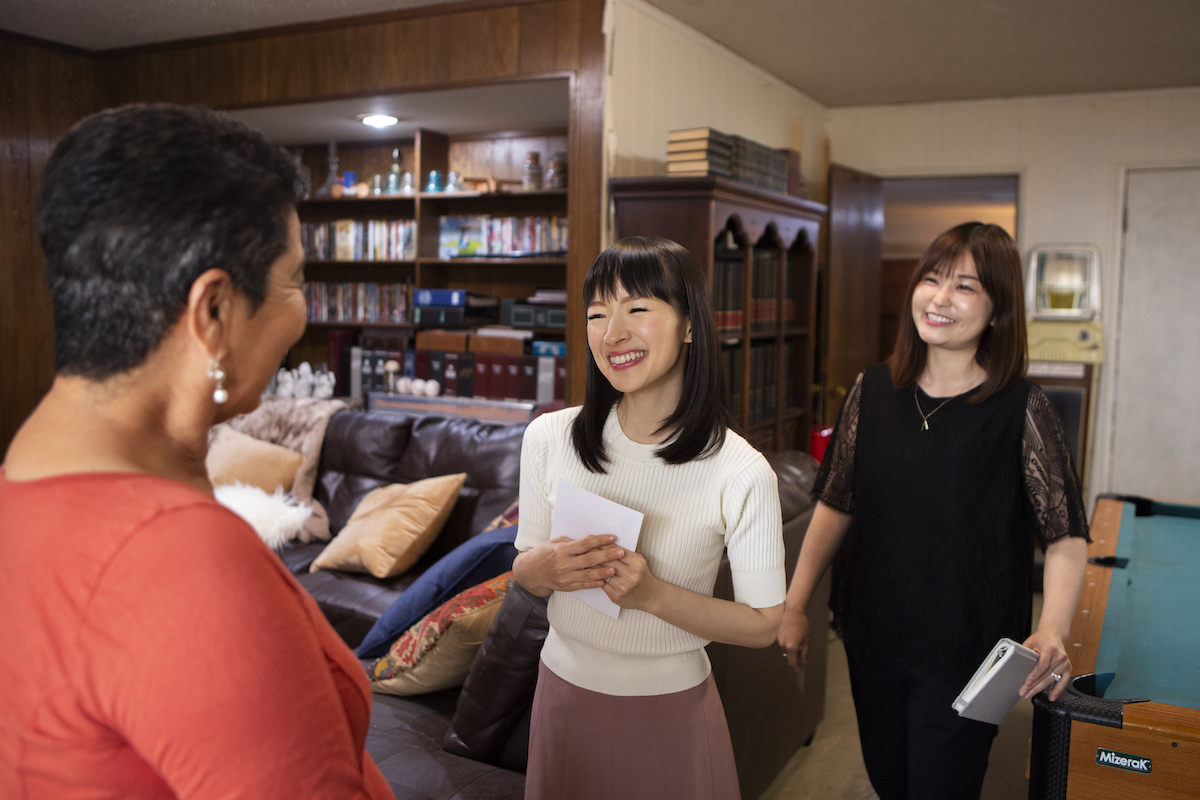 Another reason Tidying Up works so well is Marie Kondo herself. Hers is a calm, respectful presence, free of sanctimony and judgement. She rarely strays out of her zone, keeping things on course instead of delving into the emotional reasons for the clutter and mess. This is bolstered by the fact that she very rarely speaks in English, doing a lot of her conversing via a translator. This keeps her at a slight remove and allows the subjects to find their own ways through the psychological mess, while she steers them through the physical one.

Finally, there’s the simple joy in watching someone tidy up so effectively. Marie’s methods might sound a bit hokey, but there’s no doubting their efficacy. As someone who loves nothing more than to empty a few cupboards and reorganise the contents, I watched and rewatched her tips, especially on folding. It’s all so simple and so wonderful. You’ll truly believe that tidying up can change your life.