She first came to our attention in the remarkable coming-of-age drama American Honey, and since then Sasha Lane’s career has gone from strength to strength, seen most recently in the creative psychological thriller Daniel Isn’t Real. When we spoke to the talented young actress for the film’s release we couldn’t help but quiz her on her very favourite movies…

What’s the first movie you ever fell in love with? Besides Jurassic Park, because I was obsessed with that, it would either be Gia or Girl, Interrupted. I don’t remember but I think it was Girl, Interrupted that I saw first. My whole life has been surrounded by mental health and spent in institutions and things like that, so that was such a beautiful film to me, it felt very relatable and I thought it was very well done.

What’s the one movie you never get tired of watching? I mean maybe Jurassic Park, I have the trilogy, and I watch it all the time.

What’s your favourite movie soundtrack? I was actually just listening to it now before speaking to you, and I haven’t seen Queen and Slim yet, but I have the soundtrack already and it has been very big, on repeat for me a lot lately. I think it’s beautiful.

What’s your guilty pleasure? I don’t know, maybe Jawbreaker. Something like that.

What’s the one scene from any movie that always makes you cry? Probably from Pursuit of Happiness. I don’t even know exactly what scene, maybe just the entire movie. But I really am that person where once I cry once at a movie, I can’t ever watch it again.

What’s your favourite and most impactful movie made about mental health? I dunno, but I just feel that films that give me an understanding, that makes you feel like there’s so much more to each individual. To allow yourself more compassion and empathy, because writing someone off is just not okay, you have to try and dig a little deeper with each person, because you really just never know. 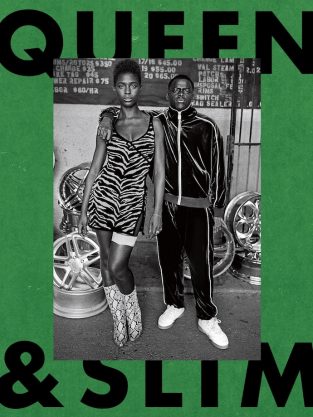