LOS ANGELES – Olivia Wilde has made bold moves on the screen as an actress, in everything from The O.C. to Drinking Buddies and 1984 on the Broadway stage. Now, after dipping her toes into directing music videos for Red Hot Chili Peppers and Edward Sharpe and the Magnetic Zeros, she makes her directorial feature debut with the undeniably electric Gen Z anthem Booksmart.

In the film, best friends Molly (Beanie Feldstein) and Amy (Kaitlyn Dever) come to the horrifying realization that despite being amazing academic students, they completely missed out on partying. And although they’re proud of their achievements, they find out the students they’ve judged for slacking off are also going to those coveted Ivy League schools. To make the most of their last night as high-schoolers, they decide to have the party experience of their lives.

For the director, it was an opportunity to dive into a heartfelt honest comedy that plays up its magical realism as much as it cracks open important issues such as body image plaguing women of all ages. “This is my declaration of my perspective on filmmaking, on society, and this is my love letter to the young generation. This is my voice. I’m going to make films that only I can make and I want to tell stories that mean something. I want to tell stories about humanity that actually bring us closer together while still entertaining you”, Wilde says at a SAG-AFTRA Q&A.

Some movies struggle with wanting to be super woke, but then fall into a preachy tone. There’s a real sense of authenticity here that’s also comical. How did you find those moments?

It was mostly about creating environments and situations that showcase Beanie and Kaitlyn’s natural talents. Their natural way of being is just so hilarious and smart. You know, one thing that comes to mind is the dancing scene outside Molly’s apartment. The girls used to dance every time they saw each other in the morning. Then I thought, wait, that’s a perfect illustration of who they are individually and how they behave together — the fact that they’re silently listening to the same beat in their head while moving to it differently and yet somehow cohesively. And I thought that’s got to be the beginning of the movie.

The music really added to the whole experience and is this tracking heartbeat for each moment. Can you explain how you approached that?

The creation of a soundtrack is really exciting because I myself have enjoyed, experiencing emotional journeys of film through soundtrack. I mean everything from Dazed & Confused, The Breakfast Club, Ferris Bueller’s Day Off — they all have kick-ass soundtracks. There’s no shortage of films that have soundtracked our lives in different ways and I took that really seriously. I didn’t arbitrarily assign 15 songs to scenes. [It was about] creating a partnership between the scene and the song, and really finding music that reflected the energy of that point in the story. What you’re pointing out about the music, that momentum, it really drives us through the film. Soundtrack curation is something that I really look forward to in my next film.

This film doesn’t take shots at Amy and Molly’s intelligence. They’re smart girls, they have this amazing social consciousness, and they’re proud of it. When you were finding the comedy beats, what kind of conversations were you having with Beanie and Kaitlin?

I really relish the opportunity to have two very different women with different perspectives who love each other so much. It was too often when you see a female friendship in a movie, that they’re too similar as women. I wanted to make sure that we created two very different characters who still deeply understood each other and loved and valued each other. The girls did so much work creating their characters and adding nuance and subtlety and specifics. Kaitlyn Dever plays the autoharp in real life and she’s like, “Maybe my character should play the autoharp?” And I was like, “That’s amazing! Who has even seen autoharp before?” They are both such fascinating women on their own and they allowed some of their idiosyncrasies to bleed into the characters.

The film showcases characters who are feminists without having to make a point of it. It’s naturally who they are. The Barbie scene was epic in unpacking how girls are taught how to perceive their bodies and the pressure society puts on women.

Yeah! I was really excited we got to do the Barbie scene because I had so much fun thinking about how it’s the worst possible trip for two ardent, young feminists to become the literal physical manifestation of the patriarchy and objectification of women. And they find themselves with their anatomy completely removed. I mean, it’s a metaphor that’s applicable today more than ever. The further nightmare would be that one of them started to kind of like it. That was just so exciting and funny to my nerd feminist frame that I thought this is irresistible because on its surface it’s also just a piece of really silly and entertaining physical comedy.

The fight scene is such an emotional and honest one of the most realistic portrayals of a fight between two young women. Can you talk about shooting that?

It’s the intensity of being so close to someone that any movement away from each other, feels like betrayal. It’s something that we’ve all experienced, you know? Particularly in adolescence it becomes such an intense bond. If one person decides they need space, it can feel really traumatizing to the relationship. And I wanted to make sure that we acknowledged just how painful that experience can be. They’re so in sync and they’re so in love, so I wanted to make sure that we didn’t minimize the impact of an argument like that. Because the actresses are so brilliant, we were able to do it in one shot, which was my dream. They did that on the second take.

Every character feels like that one person you went to high school with and I think that speaks to the diversity of the cast. Can you speak about your vision for this cast in terms of inclusion and how you went about having those conversations in terms of casting?

We got to work with the best casting director she cast everything from Freaks and Geeks to Superbad, to The Office, to Veep — she’s known for discovering generations of comedic ensembles. We really made it a point to seek out new talent because I said, I want this to be representative. I want this to be diverse. I wanted to feel fresh and authentic. So let’s go beyond the actors that people are used to seeing. I was spending a lot of time scouting high schools and doing my research. What I knew for a fact is the American high school right now is not a whitewash place — there’s every type of student there. And I really wanted to go the extra mile to make sure that we were seeing talent of all races and genders. And it was exciting because we got to allow the script and the movie to evolve based on the cast. 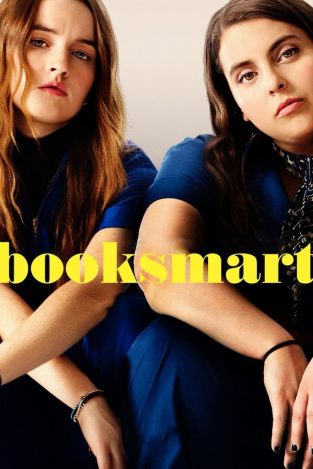