Eighties horror icon Barbara Crampton first made a name for herself in Stuart Gordon’s now classic gore-tastic comedy, Re-Animator. She remerged on the horror scene almost a decade back to great acclaim, appearing initially in Adam Wingard’s blistering home invasion shocker You’re Next (available to stream on CHILI) before cropping up in a number of pictures from exciting new filmmakers in the genre. We chatted to her recently about her favourite films and some of her memorable viewing experiences.

THE FIRST MOVIE YOU FELL FOR – It was probably the first movie I ever saw in the theatre, and that was 101 Dalmatians. I was quite small but I remember being mesmerised by what was happening on the screen. Just the hugeness of it all and being sat with other people watching the same movie and having that experience together had quite an effect on me. I might have been my first thought that I’d love to be up there, working.

FILM YOU NEVER TIRE OF WATCHING – There’s so many of them. Maybe Robert Wise’s The Haunting. I love movie. It’s so atmospheric and suspenseful. You don’t see a lot of the horribleness on screen. The sound design and the tension is incredible. I could continually watch that movie and never become tired of it.

A FILM YOU LOVE WHICH ISN’T TOO WELL-KNOWN – I really love this movie called Cold Fish. I didn’t know how obscure it is, but it was made by [Japanese filmmaker] Sion Sono. It’s a heady, psychological mindtrip and there’s so much blood and gore and guts. I’ve seen it three or four times now and every time I watch it, I’m ruined by the time the ending comes around. It just takes hold and grabs you, and you don’t notice what it’s doing to you, but it wrings you out until the very end. It’s incredibly disturbing and really well done. I highly recommend it if you haven’t seen it.

MY FAVOURITE SOUNDTRACK – Probably Suspiria. I think it’s very fantastical and mind-expanding, but also fun at the same time. The music takes you to places that are very surprising.

FILM WHICH MAKES YOU CRY – A recent horror film which moved me a lot was Train to Busan. It destroyed me. A lot of people liked another Korean film called The Wailing which came out the same year as Busan, but it didn’t have the same effect on me. I’ve seen [Train to Busan] a couple of times. I also just watched a documentary called Won’t You Be My Neighbor? It’s about a sixties American children’s TV host called Fred Rogers. He did a few shows in the first season where he didn’t have a studio audience. Then the producers started inviting kids to come in and when they did the ratings for the show went through the roof. It’s such an extraordinary film about innocence, love and acceptance of who you are. My husband and I watched it a week ago and we were a puddle by the end. It’s just really lovely and moving. With everything that’s happening in the world today we took a break to watch this movie and it was like a breath of fresh air. 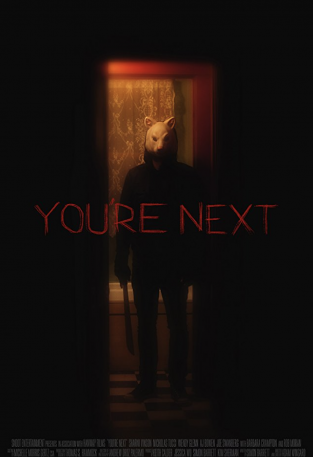