To follow-up a great film with an equally as accomplished a sequel is a difficult enough task as it is, and a hurdle many a filmmaker has fallen on. But to recreate the magic and sheer brilliance of a musical is a whole different story, for not only do you require another engaging story, with a tight and compelling screenplay, but you need to somehow inject a variety of catchy musical compositions without contrivance, that enrich the tale, songs that aren’t only great to listen to, but serve a narrative purpose. In fact, has any musical ever had a worthy sequel? (Don’t say Grease 2). Because when actually thinking about it, Frozen 2 may just be one of the very first to hit the right notes, and in all the right order, second time around.

Of course the preceding endeavour was based on The Snow Queen by Hans Christian Andersen, so now the pressure is on writers and co-directors Jennifer Lee and Chris Buck to come up with a story worthy of the great Scandinavian wordsmith, and they’ve more than delivered. Imbued in the notion of nostalgia and memory, as well as heritage, the leading sisters Anna (Kristen Bell) and Elsa (Idina Menzel) become enthralled by a story told to them by their own parents, of an enchanted forest, that is struck by a curse, and Elsa feels she may have the powers to unlock this spell and set the people free. So they set off on an adventure, with Kristoff (Jonathan Groff), Sven and of course Olaf (Josh Gad) in tow.

When making a film that is following what can best be described as a cultural phenomenon, it can tricky to navigate, for there’s an obligation to give fans more of what love, and yet at the same time maintain a semblance of originality, to breathe new life into the franchise, and it’s here Frozen 2 triumphs, not feeling like a greatest hits of the first film. What helps is the change of season, as we move into Autumn, and this gives the animators so much scope to be so beautiful in their visual approach, with a striking, Autumnal glow prevalent within the film to counteract the ice, white landscape.

That said, the film does follow a similar structure to that of the original, yet it’s a tried and tested formula, and can be true of any family adventure film. The real star here though is Olaf, with Gad lending his indelible vocal talents to the role, crafting a character that does truly feel like one of Disney’s greatest ever creations. He is the bridge between the parents and the children, with a self-referential comedic flair, the occasional meta one-liner that is thrown in for the adults to appreciate, while he’s also the playful, irreverent figure that appeals to the imaginations of the younger members of the audience. But honestly he has some moments in here that will have you belly laughing.

He’s also got a curiosity for the world and poses many existential questions, but those which actually enrich the story, as while in some Disney films the profound messages being preached can be somewhat forceful, in this instance there’s a subtle undercurrent, exploring the notion of growing up, of things changing, which works well for many of the fans of the original, which came out six years ago, are now reaching an age where such questions are being posed, and this stays in line with established audience – while still ensuring many younger kids will find enough to love this world too. But ultimately for this to succeed, it just needs a good story, that’s the paramount element, and one that they’ve managed to get right.

As a result of that, the film is poignant and moving in parts, and playful and hilarious in others, it’s textbook Disney, and while it was incredibly easy to be sceptical at first, with the cynics within us fearing this was merely a means of cashing in after the success of the first, what has actually transpired is a brilliant piece of cinema which is every bit as enchanting and captivating as its predecessor. Oh Disney, how have you done it again? 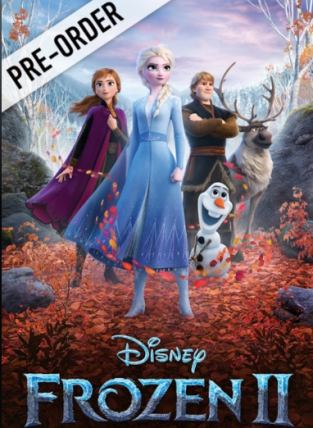