Friends 25th: The One With The Anniversary will reunite fans with their longtime BFFs – Ross, Rachel, Joey, Monica, Chandler and Phoebe – to re-live some of their funniest moments.
From Warner Bros. Television, Friends, which debuted on September 22, 1994, follows the lives and loves of a close-knit group of friends living in New York City. A cultural phenomenon, Friends has built a legacy of devoted fans that has spanned over 25 years. 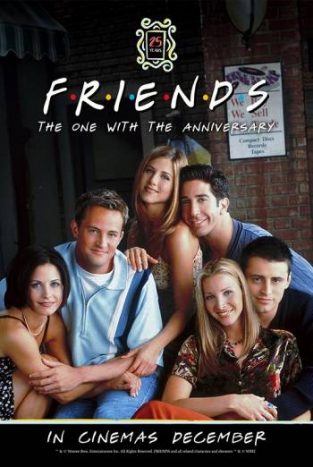 Friends 25th: The One With The Anniversary