Whether he’s True Detectiving or selling Lincolns, Matthew McConaughey can always be relied on to be a class act. Long gone are the memories of Failure to Launch and a batch of forgettable rom-coms. Now we get Mac the knife, an actor willing to take on roles that are challenging, physically and emotionally: whether he’s singing a war song with Leonardo DiCaprio in the The Wolf of Wall Street or an winning Oscar for his portrayal of a HIV patient turned activist in The Dallas Buyers Club. His new film The Beach Bum sees him in a more relaxed role of the hippie poet, Moondog.

Hardly recognizable behind his snap down shades and a thatch of long blond hair, he looks like a refugee from an air guitar convention. He bums around the Florida Keys, basking in the sunshine and the fame of local celebrity. This is partly sustained by his rich wife Minnie (Isla Fisher), who is organizing their daughter Heather’s (Stefania LaVie Owen) wedding. Minnie and Moondog have a loving relationship, though he isn’t faithful, or even present. And she is also having an affair with mutual pal, singer Lingerie (as good as ever, Snoop Dogg). Meanwhile Jonah Hill’s exuberant agent wants to see some new writing from Moondog: ‘I haven’t seen pages in ages!’ in a broad accent that could be affectation, or just bad.

Like The Big Lebowski – which it certainly shares tokes with – story isn’t actually all that and there’s an air of dope-fueled daydream about proceedings. There are bumps in the road. Tragedy happens which is a bummer. And there’s even a stint in rehab, where Moondog meets up with crazily bearded Zac Efron. But The Beach Bum is as charmingly skilled at avoiding any narrative confines, as Moondog himself is. And the freewheeling of the plot sometimes aims us down a precariously steep incline to what looks like highway traffic. There are some genuinely laugh out loud moments – one courtesy of Martin Lawrence no less – and despite the copious quantities of inebriates consumed, the film manages to stay more or less upright. 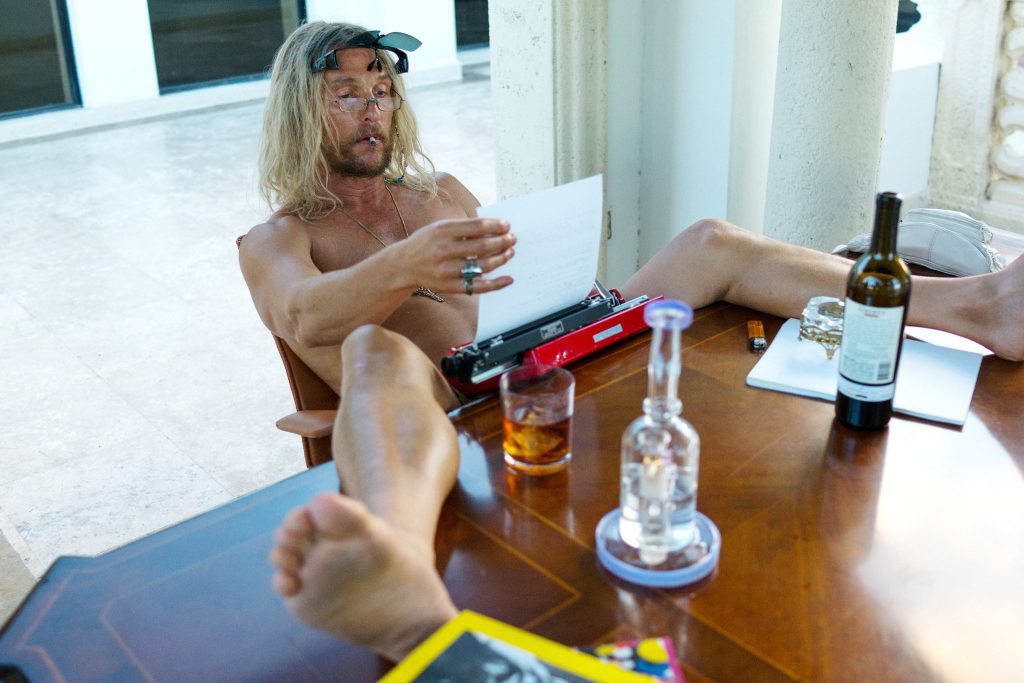 Harmony Korine was last seen six years ago with the equally entertaining Spring Breakers. His interest in those at the margins of society and his wit are obvious. He’s also pretty cool at giving movie stars a chance to get off the reservation, like James Franco in his earlier film and now Matthew McConaughey, who gobbles up his role with obvious relish. With The Beach Bum Korine and McConaughey have created a blissed-out paean to counterculture which ends up weirdly moving. 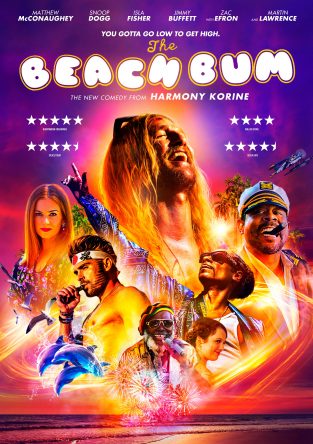